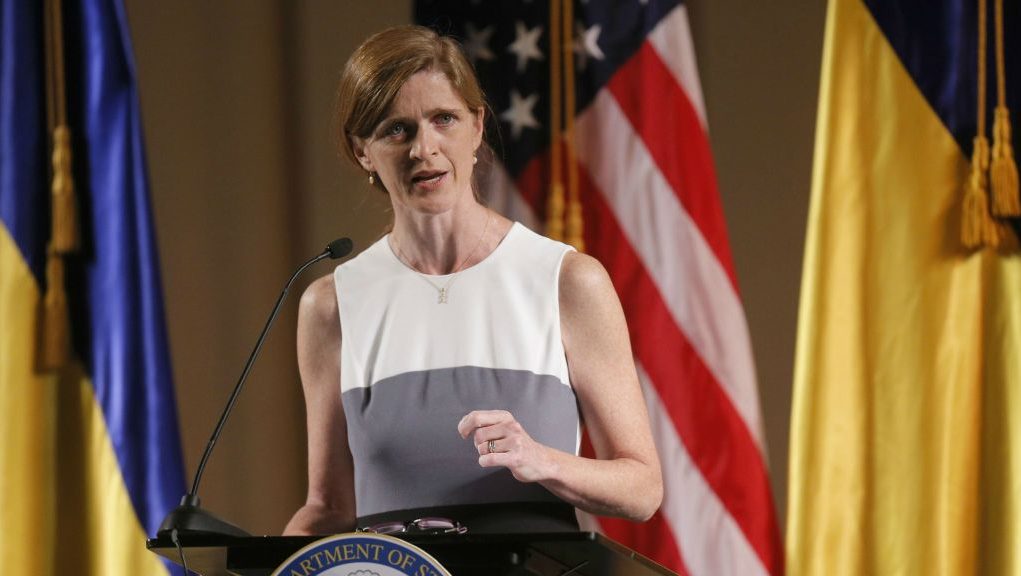 Your Excellency Hans G. Klemm, please be aware of what your colleague Samatha Power, US Ambassador to UN says about the hungarian extremism. Thank you !

Consider the case of Hungary, where in 2015, a foundation planned to build a statue honoring Balint Homan, a government minister who championed antisemitic laws in the thirties and who, in the forties, called for the deportation of Hungarian Jews, an estimated 420,000 of whom were murdered in Auschwitz and other camps. And just last month, the Hungarian government bestowed one of its highest honors on Zsolt Bayer, a virulently antisemitic columnist. These actions have occurred against a backdrop of growing antisemitism in the country, reflected in part by the rise of the extreme ethnic nationalist Jobbik party, which refers to the Holocaust as the “Holoscam.”

In addition to being profoundly alarming in and of itself, this growing antisemitism has gone hand in hand with rising xenophobia and other forms of bigotry. Hungary’s prime minister has openly declared his desire “to keep Europe Christian” by barring Muslim refugees who come seeking sanctuary from mass atrocities and persecution, and he’s fanned popular fears by claiming that all terrorists in Europe are migrants. And both Homan in the thirties and forties – and Bayer in recent decades – mixed their antisemitism with the hatred of other minorities; Bayer once wrote of the Roma, “These animals shouldn’t be allowed to exist.”

Yet from Hungary we can also draw important lessons about how to effectively push back against antisemitism – and it is with this point that I wish to conclude. The planned statue to Balint Homan was never erected. A widespread coalition of Hungarian and international organizations, faith leaders, and governments came together to signal their opposition – persuading the Hungarian government to withdraw its support. I’m proud that American civil society organizations and government officials were part of this effort – including many of you here in civil society, and including U.S. Envoy for Combatting and Monitoring Antisemitism and the U.S. Envoy for Holocaust Issues, both of whom are also here with us today. Their engagement is one of the many reasons we continue to urge other countries to create a ranking position for monitoring and combating antisemitism within their own governments. But these envoys were far from the only U.S. government officials involved in the effort; as President Obama said recently, our government made clear that the statue was, “not a side note to our relations with Hungary – this was central to maintaining a good relationship with the United States.”

And while the Hungarian government may have given an award to Zsolt Bayer, organizations, civil society groups, and governments have rightly expressed their disapproval and dismay. So have more than 100 individuals who have received honors over the years from the Hungarian government – including some of the country’s most renowned economists, historians, politicians, poets, filmmakers, and scientists – who have returned their awards in protest.

Let me close, then, by reading from a few of the statements that they gave upon returning their awards.

Former parliamentary commissioner for the rights of national and ethnic minorities Jenő Kaltenbach wrote: “With this you rendered dishonorable and unacceptable both the award itself and the one bestowing it. How you hold yourself to account for this is your business. How I choose to live with this is mine.”

András Heisler, the president of the Federation of Hungarian Jewish Communities, wrote: “I value diversity, not destructive extremism. As a civil activist I received the award, and as a responsible Hungarian citizen I am returning it.”

City mayor Tamás Wittinghof simply posted a picture of his award on Facebook with the caption: “Now we say goodbye to each other.”

And Hungarian-American Katrina Lantos Swett, who many of you know, who had received her award for setting up an organization in Budapest to defend minority rights, said she could not share an award with a man who “deserves censure, not honor, for his loathsome writings and speech.” Katrina named the rights organization she founded after her father – Tom Lantos – the only Holocaust survivor to have served in the U.S. Congress, and a lifelong champion of human rights.

These efforts – which I find very moving – show us that when governments are willing to stand up and speak out in the face of antisemitism, rather than stand by, even hatemongers take notice. And when civil society groups and citizens partner in these efforts – and make clear that such hatred poses a threat not only to Jews, but to the pluralism, rights, and freedoms that we hold as sacred – these efforts are exceptionally more effective.

Imagine, for just a moment, how much violence – against Jews and other minorities – might have been avoided if similar efforts had been undertaken in the past. Imagine all of the hatred and suffering that we can prevent if we come together in such an effort today.