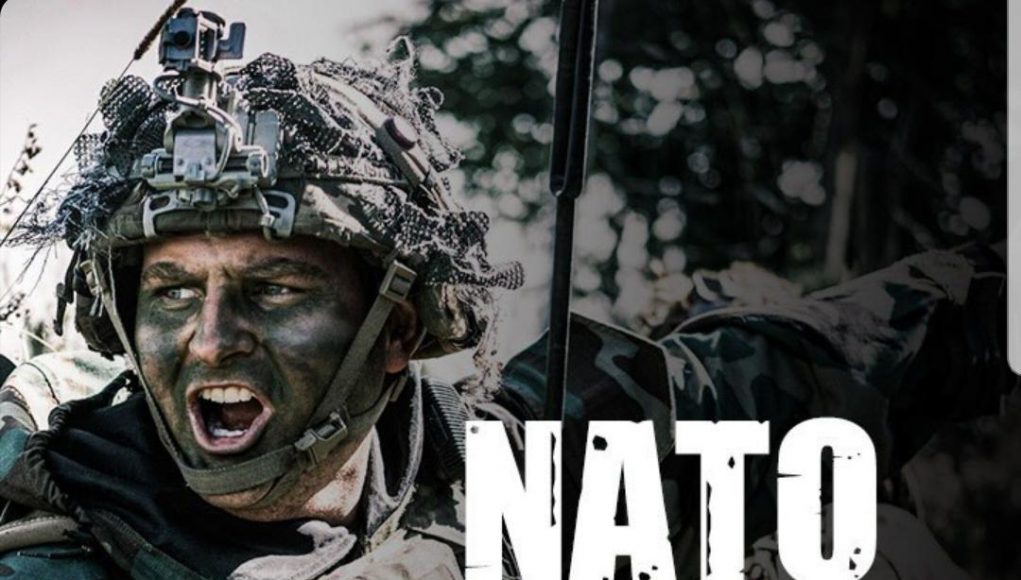 Our NATO Summit in Madrid this week will be transformative.
With many important decisions.

Including on a new Strategic Concept for a new security reality.
A fundamental shift in NATO’s deterrence and defence.
And support to Ukraine now, and for the future.

Our new Concept will guide us in an era of strategic competition.

I expect it will make clear that Allies consider Russia as the most significant and direct threat to our security.

It will address China for the first time.
And the challenges that Beijing poses to our security, interests, and values.

It will also cover our evolving approach to a number of other threats and challenges.
Including terrorism, cyber, and hybrid.

At the Summit, we will strengthen our forward defences.

We will enhance our battlegroups in the eastern part of the Alliance up to brigade-levels.

We will transform the NATO Response Force.
And increase the number of our high readiness forces.
To well over 300,000.

We will also boost our ability to reinforce in crisis and conflict.

These troops will exercise together with home defence forces.
And they will become familiar with local terrain, facilities, and our new pre-positioned stocks.
So that they can respond smoothly and swiftly to any emergency.

Together, this constitutes the biggest overhaul of our collective deterrence and defence since the Cold War.

And to do this, we will need to invest more.

They show that 2022 will be the eighth consecutive year of increases across European Allies and Canada.

By the end of the year, they will have invested well over 350 billion US dollars extra since we agreed our defence investment pledge in 2014.

Nine Allies now reach – or exceed – the 2% target.
Nineteen Allies have clear plans to reach it by 2024.
And an additional five have concrete commitments to meet it thereafter.

Two percent is increasingly considered a floor, not a ceiling.

We will also agree to invest more together in NATO.
For the benefit of our security.

The Ukrainian government and people continue to resist Russia’s brutal war of aggression.
Their courage and commitment are an inspiration.
And I welcome that President Zelenskyy will join us at the NATO Summit.
NATO and Allies have provided substantial support to Ukraine since Russia’s illegal annexation of Crimea in 2014.
Including with military and financial aid.
And training for tens of thousands of Ukrainian forces.

All of this is making a difference on the battlefield every day.
And since the invasion in February, Allies have stepped up even more.
With billions of euros’ worth of military, financial, and humanitarian assistance.

At the Summit, we will agree a strengthened Comprehensive Assistance Package for Ukraine.
This will include substantial deliveries of support.
In areas like secure communications, anti-drone systems, and fuel.

Over the longer term, we will help Ukraine transition from Soviet-era military equipment, to modern NATO equipment.
And further strengthen its defence and security institutions.

At the Summit, we will also take decisions to continue adapting NATO.

Including with a new one-billion-euro NATO Innovation Fund to invest in dual-use emerging technologies.
And on climate change, we will agree to cut greenhouse gas emissions for NATO as an organisation.

We will also deepen our cooperation with NATO’s closest partners.

I welcome that Australia, Japan, New Zealand, and the Republic of Korea will join us for the first time at our Summit.

Georgia and the European Union will also take part.

And we will adopt new packages of support for our partners Georgia, Bosnia and Herzegovina, and the Republic of Moldova.
As well as Mauritania and Tunisia.

We also aim to make progress on Finland and Sweden’s historic applications for NATO membership.
While ensuring the security concerns of all Allies are addressed.

I spoke with President Erdogan on Saturday, and will meet with Prime Minister Andersson later today.

I am glad that President Erdogan, President Niinisto, and Prime Minister Andersson have accepted my invitation to meet in Madrid tomorrow.
And today, we are hosting another meeting of senior officials from all three countries here at NATO Headquarters.

Finally, Allies will discuss threats and challenges from the south.

We will recommit to the fight against terrorism.
Address the food crisis caused by Russia’s invasion of Ukraine.
And consider our response to Russia and China’s increasing influence in our southern neighbourhood.

Above all, we will reaffirm that the transatlantic bond remains the bedrock of our security.
Europe and North America, together in NATO.