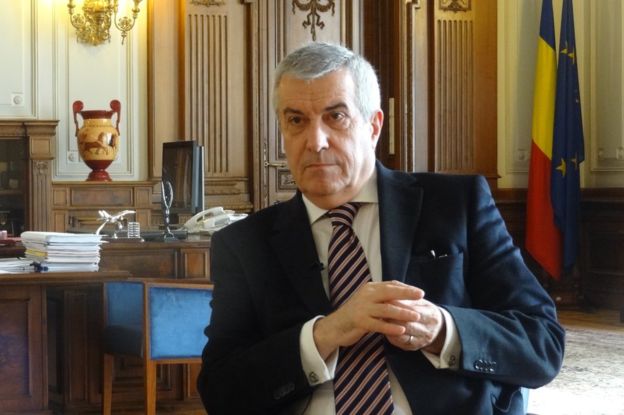 It took an emergency meeting of the government on Sunday to overturn its own emergency decree.

Why does a government which enjoys a comfortable majority in parliament behave like this?

I asked Calin Tariceanu, president of the Senate and leader of the Alliance of Liberals and Democrats (ALDE), a junior coalition partner in the government.

A former prime minister, Mr Tariceanu admits that the government’s actions and the way they have been communicated have been clumsy but he insists that they were well-intentioned.

He rejects the perception, widely held in Romania and abroad, that the conflict is a battle between corrupt officials and a society fighting against corruption.

“I regret having to say this, but the judiciary in Romania is not independent, and this is the clear issue which has to be addressed in the future.”

He paints a picture of prosecutors, especially those from the National Anti-Corruption Directorate (DNA), running amok and teaming up with the secret services.

Prosecutors work hand in hand with judges, he alleges, and infringe on the civil liberties of Romanian citizens in a way not seen since communist times.

“The DNA and the intelligence services are now perceived as institutions which are not respecting the legal framework, are corrupt themselves, and are used as important leverage in the political fight in Romania,” he told the BBC.

His argument is diametrically opposed to that of Laura Kovesi, head of the DNA, who insisted in a BBC interview on Saturday that the judiciary were independent and that her directorate prosecuted government and opposition figures alike.

The DNA would have been crippled if the decree had come into force.

One reason for the anger on the streets of Romania during the past days was the speed with which the government introduced the decree, with no chance for debate.

The government will now rectify that, Mr Tariceanu said. The debate will be a wide one and civil society groups which have been active in the protests will also be invited to take part.

Many of those taking part in the protests say the decree was tailor-made to get certain members of the present and past governments off the hook – most importantly the leader of the governing Social Democrats, Liviu Dragnea.

He has already been convicted once for vote-rigging, and faces new corruption charges.

“If no-one is protected by it [the decree], why shouldn’t we withdraw it?” Calin Tariceanu told Mr Dragnea.

“And show the people that we are open and sincere and very honest? We don’t have any reason to protect anyone.”

The 54-year-old Social Democrat leader pondered his words, then agreed to scrap the decree.

On Sunday night, large crowds gathered again in Bucharest, to celebrate their victory and warn the government not to try to push through similar amendments in future.

The government wants to persuade its supporters that this is a strategic retreat, not a surrender.

At the same time, it will try to persuade the public, and the European Commission, that there is a real problem with the balance of powers between state institutions in Romania. And that the prosecutors, the judges and the secret services should be reined in. 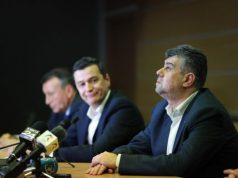 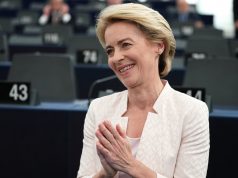 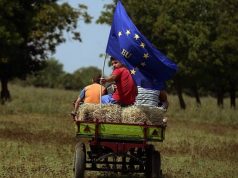