“This is another blatant attempt to distract attention from Russia’s breach of the INF Treaty with the development and deployment of its SSC8 missile.

Russia’s claims are long-standing and unfounded. The site at Deveselu is part of NATO’s missile defence system, which is purely defensive.

Moreover, United States UAVs that Russia refers to are not missiles. And neither NATO missile defence nor American UAVs are in breach of the INF Treaty.

We call on Russia to stop making these unfounded claims, and focus instead on returning to compliance with the INF Treaty.”

The United States is in full compliance with its INF Treaty obligations. The Russian Federation has raised three areas of concern regarding U.S. compliance with its obligations: the Aegis Ashore Ballistic Missile Defense system; ballistic target missiles; and armed unmanned aerial vehicles (UAVs). The United States has repeatedly engaged Russian officials in multiple venues including the Treaty’s Special Verification Commission, or SVC, to explain why U.S. actions in these areas are in compliance. The United States has consistently addressed the Russian Federation’s questions in a transparent, substantive, and constructive manner.

The Aegis Ashore missile defense system is fully consistent with U.S. obligations under the INF Treaty. The system is only capable of launching defensive interceptor missiles, such as the SM-3.

o The SM-3 interceptor missile is a type of missile that has been developed and tested solely to intercept and counter objects not located on the surface of the Earth.

o Under paragraph 3 of Article VII of the INF Treaty, an interceptor missile of this type is not a missile subject to the INF Treaty.

The Aegis Ashore Missile Defense System does not have an offensive ground-launched ballistic or cruise missile capability. Specifically, the system lacks the software, fire control hardware, support equipment, and other infrastructure needed to launch offensive ballistic or cruise missiles such as the Tomahawk. Moreover, the defensive nature of the Aegis Ashore sites is documented in U.S. basing agreements with the host nations of Romania and Poland.

Aegis Ashore has never contained, launched, or been tested for launching a missile that is prohibited by the INF Treaty. As a result, the system is not a prohibited launcher.

The Russian Federation first raised concerns about U.S. ballistic target missiles approximately 18 years ago. At that time, the United States addressed these concerns in great detail in the SVC.

The INF Treaty allows for the use of otherwise-prohibited booster systems for research and development purposes, including their use as targets for missile defense tests. Specifically, Paragraph 12 of Article VII provides that launches of booster systems shall NOT be considered to be flight-testing of INF Treaty-prohibited ballistic missiles, provided that certain conditions are met.

o The stages used in the booster system must be existing types of booster stages as of June 1, 1988;

o The aggregate number of launchers for such booster systems must not exceed 35 for any Party at any given time; and,

o These launchers must be fixed, above ground, and located only at declared research and development launch sites.

The Russian Federation first raised concerns about armed UAVs under the INF Treaty over 15 years ago in the INF Treaty’s Special Verification Commission (SVC). At that time, the United States addressed these concerns in great detail, explaining why U.S. actions are fully consistent with the Treaty.

The INF Treaty poses no restrictions on the testing, production, or possession of two-way, reusable, armed UAVs. In the U.S. view, the term “missile” as used in the Treaty applies to one-way systems.

The United States employs a number of armed versions of UAVs, including the Hunter, Shadow, Predator, Gray Eagle, and Reaper UAVs. All of these are two-way, reusable systems and, as a result, are not subject to the INF Treaty. 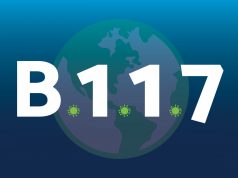 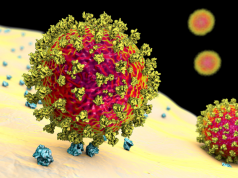 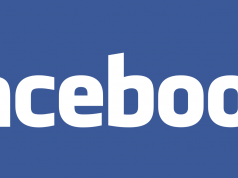