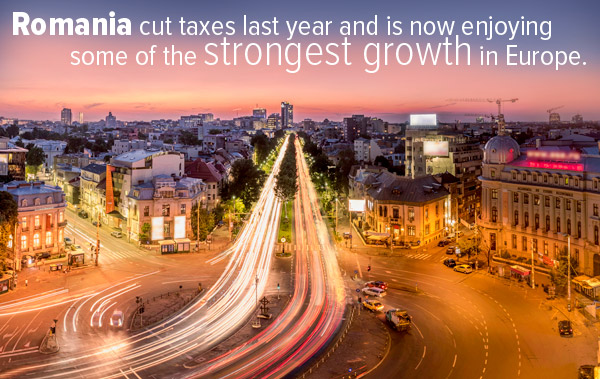 Another country that “gets it” is Romania, the mountainous, European nation and home to roughly 20 million people. After years of tepid growth, Romania’s government moved to revise its tax code. At the end of last year, it reduced the value added tax (VAT) rate from 24 percent to 20 percent, lowered the income withholding tax rate, nixed a controversial “special construction” tax, simplified deductibles and exempted certain dividends from corporate income tax. 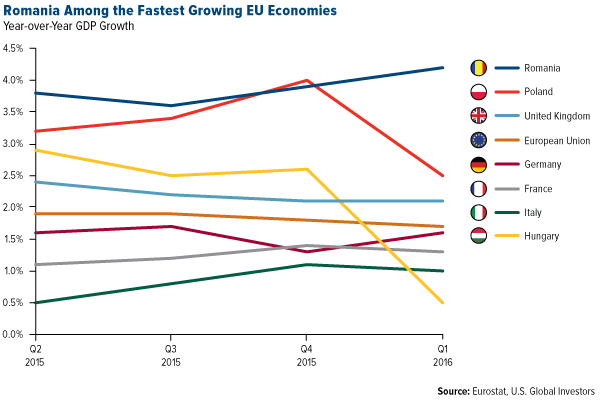 The changes have worked much faster than expected.

In the first quarter, Romania grew 4.3 percent year-over-year, beating the 3.9 percent analysts had expected, and up 1.6 percent from the fourth quarter of 2015. This places the country among t

What’s more, investment bank Wood & Company sees country GDP growing 5.1 percent this year and 5.8 in 2017. Much of this growth, Wood writes, will be driven not just by tax cuts but also low borrowing costs, restructured balance sheets and loose fiscal policy. Private consumption is healthy and investor confidence is up.

The country is also getting back to work. Romania’s unemployment rate in May fell to 6.6 percent, compared to 10.1 percent on average for eurozone countries. Its youth unemployment rate, while worrisome at 21 percent, still significantly trails levels found in several other EU countries, including Italy (36.9 percent), Spain (43.9 percent) and Greece (47.4 percent).