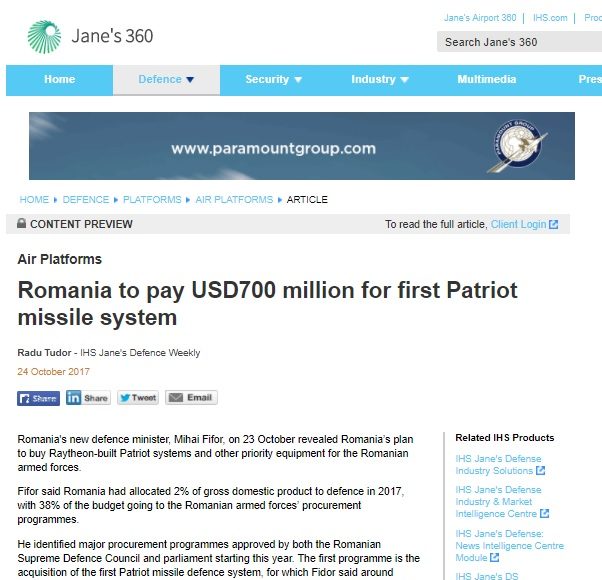 Fifor said Romania had allocated 2% of gross domestic product to defence in 2017, with 38% of the budget going to the Romanian armed forces’ procurement programmes.

He identified major procurement programmes approved by both the Romanian Supreme Defence Council and parliament starting this year. The first programme is the acquisition of the first Patriot missile defence system, for which Fidor said around USD700 million would be spent this year. Military sources told Jane’s the total amount of the contract for Patriot missiles is USD3.8 billion.