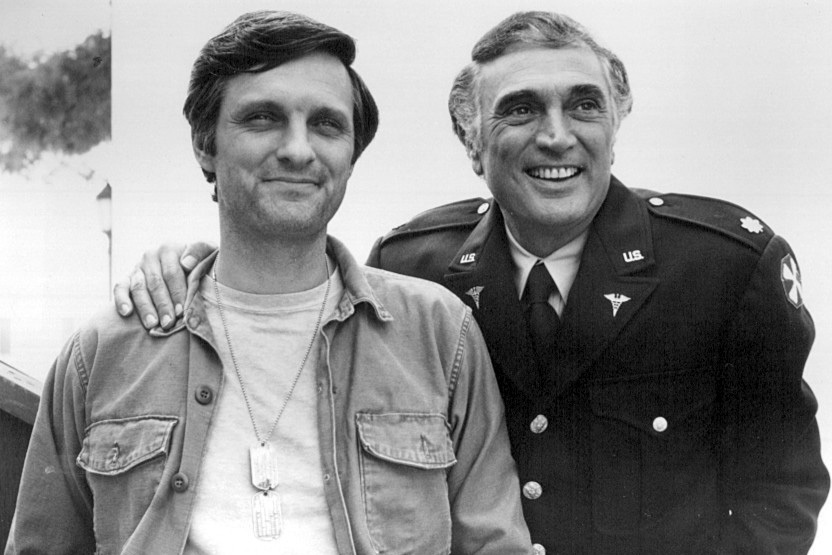 Six-time Emmy Award-winning actor Alan Alda is most likely best known for playing an Army field surgeon, Capt. Benjamin “Hawkeye” Pierce, in the TV series M*A*S*H, which aired on CBS from 1972 to 1983. It’s often noted that the series lasted longer than the war itself.

After attending ROTC and graduating from Fordham University in 1956, Alda was commissioned in the Army Reserve. He was stationed at Fort Benning, Georgia, and then spent six months as an artillery gunnery officer in South Korea before receiving an honorable discharge.

Alda said his Army experience and the soldiers he met who had been in the war helped shape his TV character and the direction of the show, mixing the right balance of humor with what were truly traumatic experiences troops experienced in Korea and then in Vietnam.

The TV series M*A*S*H was based on the Army’s Mobile Army Surgical Hospitals, abbreviated MASH.

The first MASH units were established in 1950 at the start of the Korean War, to treat casualties close to the front lines of the fighting. Helicopters were used to medically evacuate the injured.

MASH units were also in use during the Vietnam War, the Gulf War and during the early years of the war in Iraq. The last MASH unit was deactivated in 2006. The frontline surgical hospitals are now called combat support hospitals.

Some interesting facts about Alda and M*A*S*H: