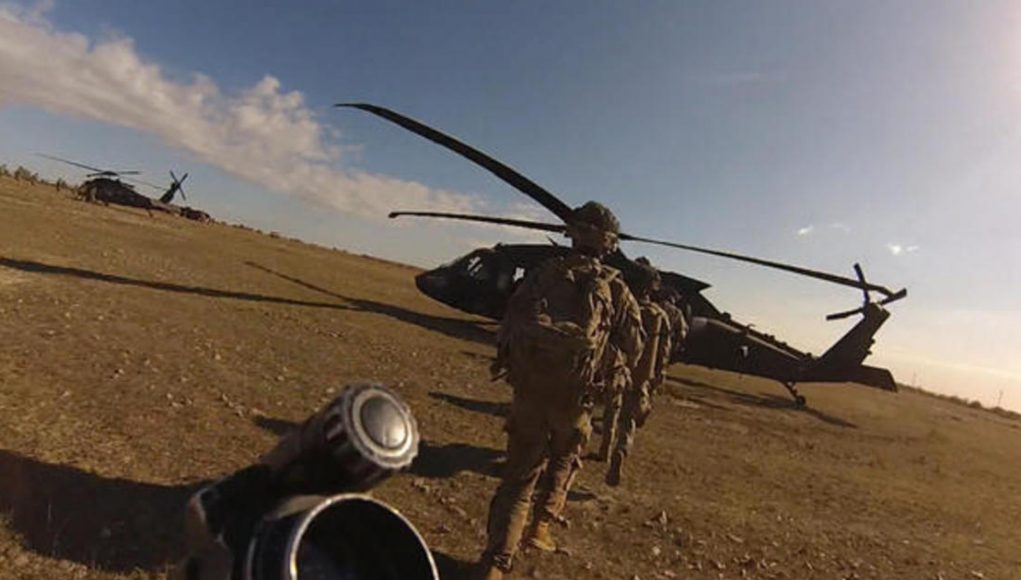 The U.S. Army’s 101st Airborne is practicing for war with Russia just miles from Ukraine’s border

Mihail Kogălniceanu, Romania — The U.S. Army’s 101st Airborne Division has been deployed to Europe for the first time in almost 80 years amid soaring tension between Russia and the American-led NATO military alliance. The light infantry unit, nicknamed the “Screaming Eagles,” is trained to deploy on any battlefield in the world within hours, ready to fight.

CBS News joined the division’s Deputy Commander, Brigadier General John Lubas, and Colonel Edwin Matthaidess, Commander of the 2nd Brigade Combat Team, on a Black Hawk helicopter for the hour-long ride to the very edge of NATO territory — only around three miles from Romania’s border with Ukraine.

From the moment Russian President Vladimir Putin launched his full-scale invasion of Ukraine on February 24, his forces have advanced northward from the Crimean Peninsula, a Ukrainian region that Moscow illegally seized control of in 2014. For more than seven months, Russian troops have tried to push along the Black Sea coast into the Kherson region, aiming to capture the key Ukrainian port cities of Mykolaiv and Odesa.

Their goal is to cut off all Ukrainian access to the sea, leaving the country and its military forces landlocked.

That threat, so close to NATO territory in Romania, is why one of America’s most elite air assault divisions has been sent in, with some heavy equipment.

“We’re ready to defend every inch of NATO soil,” Lubas told CBS News. “We bring a unique capability, from our air assault capability… We’re a light infantry force, but again, we bring that mobility with us, for our aircraft and air assaults.”

Skirting northward along Romania’s Black Sea coast, the Black Hawk eventually touched down at a forward operating site where U.S. and Romanian troops were pounding targets during a joint ground and air assault exercise.

The tank rounds and artillery fire were real. The drill was meant to recreate the battles Ukraine’s forces are fighting every day against Russian troops, just across the border. The war games so close to that border are a clear message to Russia and to America’s NATO allies, that the U.S. Army is here.

“The real meaning for me, to have the American troops here, is like if you were to have allies in Normandy before any enemy was there,” Romanian Major General Lulian Berdila told CBS News, referring to the landmark World War II battle on France’s north coast. The American forces have been establishing a garrison at the Romanian military’s air base.

In all, about 4,700 soldiers from the 101st Airborne’s home base in Fort Campbell, Kentucky, have been deployed to reinforce NATO’s eastern flank.

Matthaidess told CBS News that he and his troops were the closest American forces to the fighting in Ukraine. From their vantage point, they’ve been “closely watching” the Russian forces, “building objectives to practice against” and conducting drills that “replicate exactly what’s going on” in the war.

The “Screaming Eagles” commanders told CBS News repeatedly that they are always “ready to fight tonight,” and while they’re there to defend NATO territory, if the fighting escalates or there’s any attack on NATO, they’re fully prepared to cross the border into Ukraine.