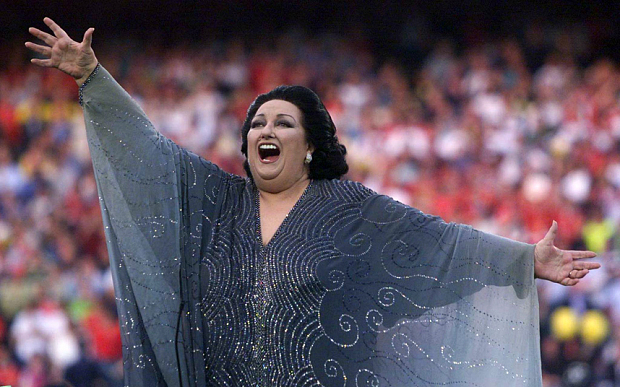 Montserrat Caballé (Catalan: [munsəˈrat kəβəˈʎe]; born 12 April 1933) is a Spanish operatic soprano. She has sung a wide variety of roles, but Caballé is best known as an exponent of the works of Verdi and of the bel canto repertoire, notably the works of Rossini, Bellini, and Donizetti.[1] She came to the attention of a much wider audience when she recorded at the request of the IOC in 1987 “Barcelona“, a duet with Freddie Mercury, the lead singer of the British rock band Queen. The song was inspired by Caballé´s home city and later used as one of the two official theme songs for the 1992 Olympic Games.