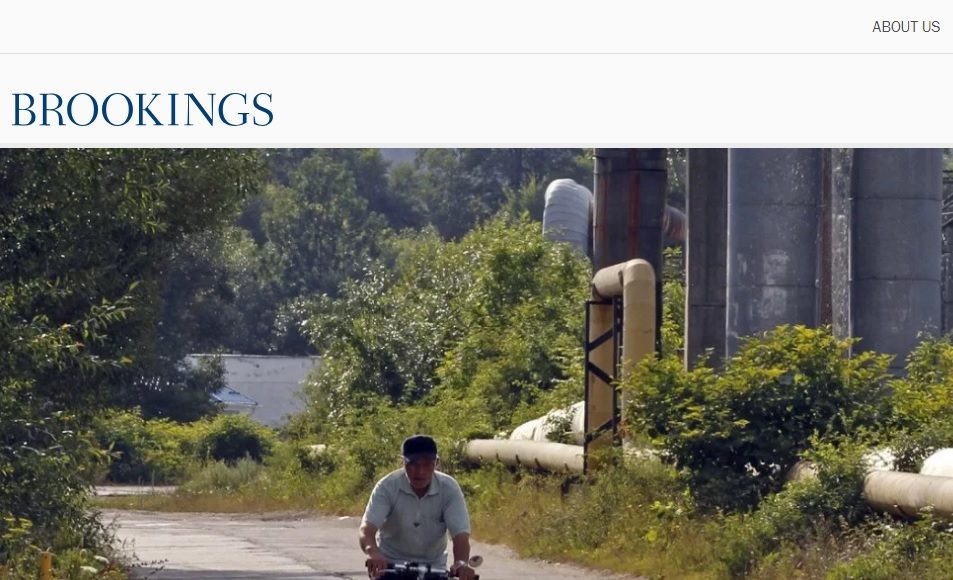 Traveling around Romania, one sees two countries: one urban, dynamic, and integrated with the EU; the other rural, poor and somewhat stuck in the past.

Bucharest is a bustling metropolis with thriving modern services and a higher income per capita than the average for the European Union. A few secondary cities like Cluj, Iaşi, and Timişoara are fast becoming hubs of prosperity and innovation—Cluj is even becoming known as Romania’s Silicon Valley. Yet going to the smaller towns and the countryside, one gets the feeling that these places are still decades behind the capital and the rest of Europe.

Has Romania really benefited from Europe? What can the country do to spread prosperity beyond a few big cities? These were among the questions we tried to answer through the World Bank’s Systematic Country Diagnostic for Romania, which assesses the obstacles to and opportunities for inclusive and sustainable growth.

ROMANIA AND THE EUROPEAN CONVERGENCE MACHINE

Few countries have benefited from integration into the European Union as much as Romania. Reforms spurred by accession brought in foreign investment, boosted productivity and raised living standards. Today, over 70 percent of the country’s exports go to the EU, and they are becoming more technologically complex. GDP growth in 2017 was 6.9 percent, making Romania one of the best performing economies in Europe. GDP per capita rose from 30 percent of the EU average in 1995 to 60 percent in 2017.

At the same time, Romania’s population shrank from 22.8 to 19.6 million since 2000, and is expected to keep falling. Between 3 and 5 million Romanians—most of them of prime working age—live and work in other parts of the European Union. Meanwhile, labor force participation is just 66 percent (a lowly 56 percent for Romanian women), way too low to offset aging and emigration.

To keep growing and converging to EU levels of living, Romania will have to make some changes.

Just as Romania availed of the EU’s markets and institutions to accelerate economic growth during the last two decades, it will now have to use them to bridge the growing divide between those who are prospering and those left behind. The country needs more qualified workers, more effective investments, and a much more efficient allocation of resources.

The skills of Romanians have not kept up with the increasing sophistication of the European economy.  Romanian exports have been switching from labor intensive low-technology sectors to more advanced automotive, machinery, electronic equipment, and information and communication technology (ICT).

But at 25.6 percent, Romania’s tertiary education attainment is the lowest in the EU. Employers find that both hard and soft skills of employees are lacking. Romania lags in the number of graduates in STEM disciplines (sciences, technologies, engineering and mathematics), while non-technical vocational training is often deficient.

The state of infrastructure is abysmal: Romania ranks 102 out of 137 countries in the quality of transport infrastructure. Hamstrung by poor planning and weak public administration, Romania is the only EU country that was not able to use the flood of structural funds it has received since accession. Romania received 15.4 billion euros during the period 2007-2013, and another 17.6 billion euros during 2014-2020, for investment in infrastructure. For a country with a GDP that averaged 140 euros billion between 2007 and 2017, 33 billion euros is certainly not insignificant. It should have been better utilized.

Small businesses have struggled to be competitive and enter global value chains because of unpredictable regulations: the fiscal code has been changed 20 times in the last two years! At the same time, there are 1,200 state-owned enterprises (SOEs), many of which are large and inefficient and drag down overall productivity. Laws have to be more predictable, and SOEs more competitive.

Over a quarter of Romania’s population lives on less than US$5.50 a day, the highest poverty rate in the EU. The poor, most of whom live in rural areas, remain disconnected from the drivers of economic growth: half of the poorest 40 percent of Romanians do not work, while another 28 percent live off subsistence agriculture.

One in five rural people lack access to potable water, and a third live without access to a flush toilet. The Roma, a minority group, face especially difficult circumstances, with an employment rate of just 28 percent and a poverty rate approaching 70 percent.

Romania’s education system is failing its children: 40 percent of Romanian students are functionally illiterate—meaning that while they can technically read and write, they cannot apply those skills meaningfully in their lives. One in five kids drops out of school—among the highest dropout rates in the European Union.

A combination of relatively generous maternity benefits and lack of part-time jobs has had the unintended effect of keeping women out of the labor force. Whether they are in or outside the labor force, entrenched gender norms continue to place the entire burden of caring for children and the elderly on women.

The transition to more productive jobs has been sluggish. Many workers are trapped in low-productivity farming and other informal activities, leading to both underutilization and misallocation of labor.

Social spending is low, at 14.4 percent of GDP. But it is also inefficient, becoming increasingly skewed towards pensions for the elderly. And it is becoming less targeted: with low and falling pension coverage in rural areas, public resources will be diverted away from the rural poor. The provision of social services for social protection, employment, education and healthcare is fragmented and sparse, especially in rural areas where the needs (and the economic benefits) are greatest.

IS ROMANIA IN A “TRUST TRAP”?

So, what are the reasons behind the lack of shared prosperity in Romania? Our diagnostic points, in good measure, to the state’s inability to commit to long-term policy goals as well as the uncoordinated implementation of these policies. Many people in Romania also feel that public policies are crafted and captured by vested interests, and that the reforms undertaken to enter the EU were skin-deep and did not address systemic problems. All of this has undermined people’s trust.

With all of these contradictions, can Romania still be proud of its past achievements? Looking back, the answer is certainly yes. In less than a generation, Romania has built an open society, consolidated democracy, and become better off than ever before. But looking ahead, Romanians ought to be concerned. Unless the country remedies its governance failures, economic growth will become more volatile, and prosperity will be shared even less.

Unless the government earns and keeps the trust of Romanians—indeed of all Europeans—a truly prosperous and inclusive Romania will become increasingly out of reach.