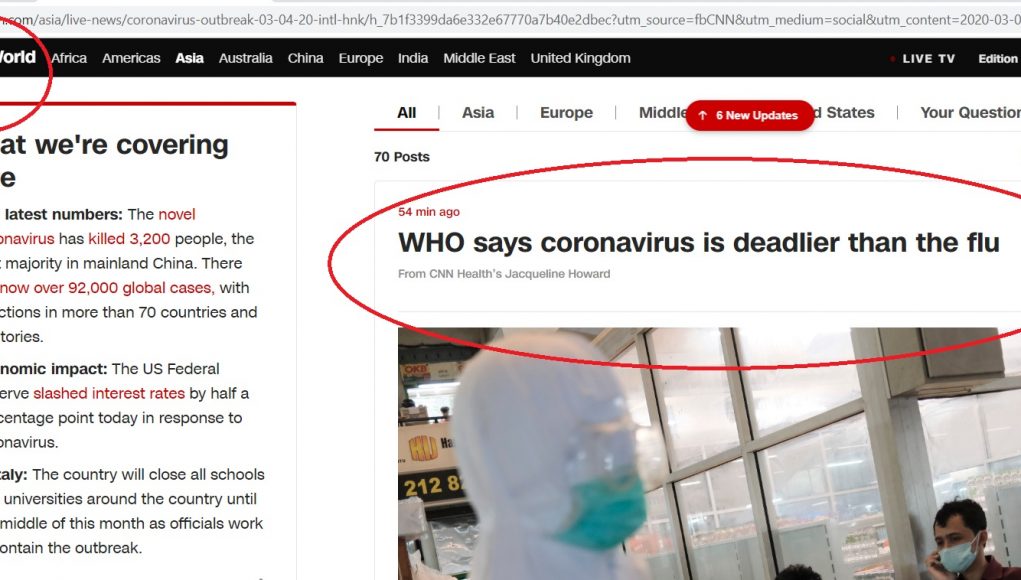 The World Health Organization (WHO) says the novel coronavirus is deadlier than seasonal flu strains. No one has built up immunity to the new virus, said WHO Director-General Tedros Adhanom Ghebreyesus.

He put the death rate for Covid-19 — the disease caused by the coronavirus — at around 3.4%, but experts urged caution around this figure.

Ghebreyesus said in a news conference on Tuesday:

“While many people globally have built up immunity to seasonal flu strains, COVID-19 is a new virus to which no one has immunity,” Adhanom said in a news conference on Tuesday. “That means more people are susceptible to infection, and some will suffer severe disease. Globally, about 3.4% of reported COVID-19 cases have died. By comparison, seasonal flu generally kills far fewer than 1% of those infected.”

The new figure for the coronavirus is higher than the 2% mortality rate previously reported, but many experts say it remains variable.

Mark Woolhouse, a professor of infectious disease epidemiology at the University of Edinburgh, said in a written statement on Tuesday that a significant number of mild cases could have been missed.

“Though there is disagreement about this, some studies have suggested that it is approximately 10 times too high,” he said. “This would bring the death rate in line with some strains of influenza.”

John Edmunds, professor in the Centre for the Mathematical Modelling of Infectious Diseases at the London School of Hygiene & Tropical Medicine, said in a written statement released by the Science Media Centre that “it is surprisingly difficult” to calculate the mortality rate during an active epidemic.

This is because “the time between onset of disease and death is quite long,” he said, so the number of deaths should be divided by the number of cases there were two or three weeks earlier.