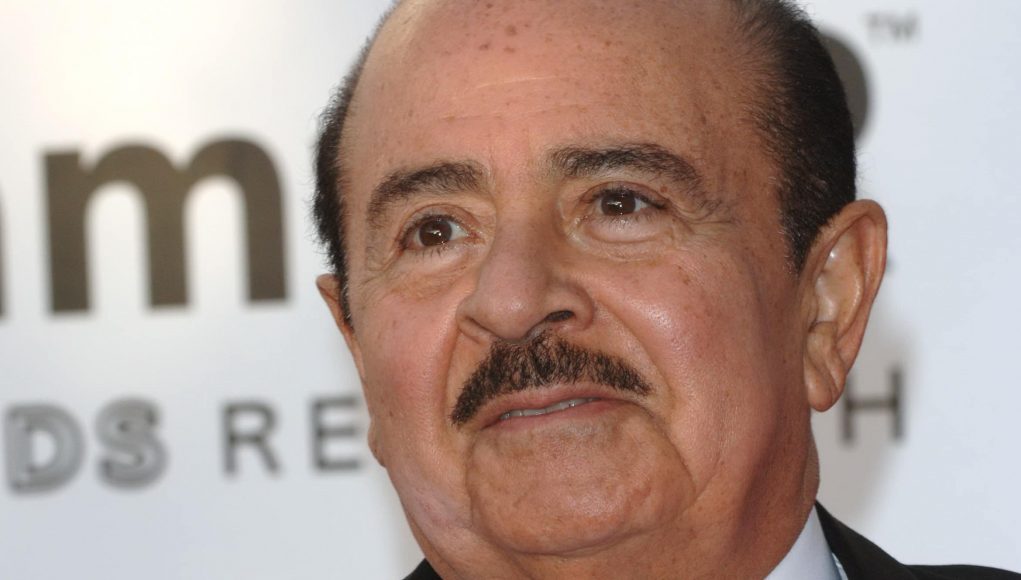 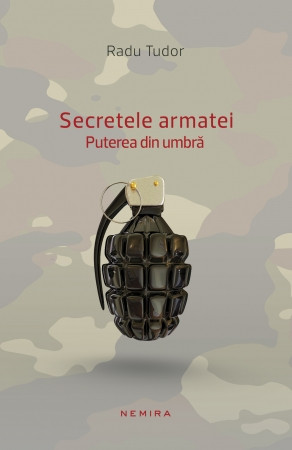 Adnan Khashoggi, the flamboyant Saudi arms trader who rose to spectacular wealth in the 1970s and ‘80s while treating the world to displays of decadence breathtaking even by the standards of that era, died on Tuesday in London. He was 81.

His family announced his death in a statement. He had been undergoing treatment for Parkinson’s disease.

When Saudi Arabia and other Arab states decided to embark on a vast armament program after the 1973 Arab-Israeli war, backed by billions of dollars in oil money, Mr. Khashoggi became their principal link to the American arms industry. For years he was the middleman in most of Saudi Arabia’s arms purchases.

Mr. Khashoggi had several brushes with the law, but he was never convicted of a crime. He was involved in many of his era’s highest-profile scandals, including Iran-contra and the Marcos family’s effort to spirit money out of the Philippines.

One biography of him was titled “The Richest Man in the World,” and he was often described that way. It was not strictly accurate, but during the early 1980s his wealth, estimated at $40 billion, placed him in a tiny elite.

His appetites were gargantuan, beyond the limits of vulgarity. At the peak of his wealth, he presided over 12 estates, including some in Europe and the Middle East, a 180,000-acre ranch in Kenya and a two-floor Manhattan residence at Olympic Towers, next to St. Patrick’s Cathedral on Fifth Avenue, that was made from 16 existing apartments.

He owned the world’s largest yacht — it was used in a James Bond film and later sold to Donald J. Trump — and three lavishly refitted commercial-size jets. His parties were known for rivers of champagne, bevies of women, international celebrities and endless personal attention from the host, known to his many friends as A.K.

“For A.K., there were no laws, no skies, no limits,” said one of his frequent guests, Prince Alfonso Hohenlohe-Langenburg of Spain.

Over-the-top parties were part of Mr. Khashoggi’s business strategy, which he believed required flaunting his wealth and powerful connections. “It’s all part of the mechanism for impressing people,” he once said.

In a 1987 cover article about Mr. Khashoggi, Time magazine said his “unrivaled profligacy gilds his self-image as a grand merchant-statesman.” It said he spent $250,000 a day to support his lifestyle, operating in “a dazzling and ostentatious realm of luxury beyond the dreams of Croesus, a shadowy sphere of deals, arms brokering and billion-dollar investments.”

Soon after that article appeared, Mr. Khashoggi’s fortune began slipping away. His holding company in the United States, Triad America, filed for bankruptcy. Its biggest project, a hotel and shopping complex in Salt Lake City, fell victim to what he called “cash flow problems.”

In his later years Mr. Khashoggi lived well, but in much-reduced circumstances. He flew on commercial jets, fended off creditors and dismissed his bodyguard, a Korean martial arts expert known as Mr. Kill.

Mr. Khashoggi was born in the holy city of Mecca on July 25, 1935, one of six children. His father, the court physician to King Ibn Saud, was of Turkish descent, leaving the family outside the web of connections, obligations and suspicions in the Saudi court.

Mr. Khashoggi attended Victoria College in Alexandria, Egypt, a traditional training ground for the Middle Eastern elite, where pupils were caned for using any language other than English. Afterward he enrolled at what was then Chico State College in California.

Barely a year after arriving at Chico State, at the age of 21, he brokered his first major deal, the sale of $3 million worth of trucks to Egypt. His commission was $150,000. He never returned for his college degree.

In 1961 Mr. Khashoggi married a 20-year-old Englishwoman, Sandra Daly, who took the name Soraya. They had four sons and a daughter, Nabila, for whom he named his storied yacht. They divorced in 1974. Five years later, a judge ordered Mr. Khashoggi to pay Soraya $875 million, the largest-ever divorce settlement at the time.

Mr. Khashoggi began traveling with his second wife, a statuesque Italian named Laura Biancolini, when she was 17. Like Soraya, she converted to Islam after their marriage and took a new name, Lamia. They had a son, Ali. Later Mr. Khashoggi took an Iranian-born second wife, Shahpari Azam Zanganeh.

Although Mr. Khashoggi emerged as a personification of dazzling wealth and behind-the-scenes international power, he never built a sustainable business. Instead he flitted from one deal to another. He called it “merchantry.”

His clients were a who’s who of the global arms bazaar: Northrop, Lockheed, Grumman, Chrysler, Fiat, the Westland helicopter company, Rolls-Royce and Raytheon.

“He can persuade you with his charm to change your mind after you have made it up,” said Alain Cavro, an architect who worked for Mr. Khashoggi. “Afterward people say, ‘You see how nice he was to me?’ People feel flattered, almost in love with him.”

Mr. Khashoggi held legendary parties at his 5,000-acre seaside estate in Marbella, Spain. The 400 guests who helped him celebrate his 50th birthday — one writer called it “the most coveted invitation since the coronation of Louis XIV” — passed under an archway of crossed swords held aloft by 50 liveried pages; dined on a 50-item buffet at midnight; and watched “A.K,” seated between Brooke Shields and Princess Gloria von Thurn und Taxis, beam as Shirley Bassey sang “Happy Birthday.” The festivities continued for five days.

Many reports of Mr. Khashoggi’s life and career, including his first wife’s divorce suit, refer to his use of procuresses to assure a steady flow of young women for himself and his guests, clients and influential friends like Saudi princes and the shah of Iran. One of his biographers, Ronald Kessler, concluded that he “craved the women for companionship” because he was “a profoundly lonely man.”

Mr. Khashoggi was an important middleman in the arms deals behind the Iran-contra scandal, the Reagan administration’s clandestine scheme to sell arms to Iran in exchange for the release of Iranian hostages and then to divert the proceeds to Nicaraguan rebels. And he was accused several times of paying bribes or illegal commissions. In 1988 he was arrested in Switzerland and accused of concealing funds in the bankruptcy of the Bank of Credit and Commerce International. After three months in jail he was extradited to the United States, tried and acquitted.

Two years later a federal grand jury in New York indicted Mr. Khashoggi and Imelda Marcos, for whom he had sheltered assets including four commercial buildings in Manhattan and paintings by Rubens and El Greco, on charges of fraud and racketeering. Both were acquitted.

These and other troubles led clients to distance themselves from Mr. Khashoggi. Saudi royals began finding his ostentation embarrassing. His deep contacts in Washington faded with the Reagan era. Major patrons, including the shah of Iran and President Gaafar al-Nimeiry of Sudan, fell from power.

“He has trouble walking these days, and a tough time lifting himself out of a chair,” wrote a reporter who met him at the Four Seasons Hotel in Cairo in 2009. “A man seated by his side referred to him as ‘Your Excellency,’ took his calls and arranged his appointments. Mr. Khashoggi was wearing a pink button-down shirt, the top few buttons open enough to expose a still-shiny scar from open-heart surgery five years ago.”

A high-living Middle East power broker with limitless wealth, Mr. Khashoggi was among the last of his breed. He thrived in an era of gaudy excess and came to epitomize it.

“What did I do wrong? Nothing,” he said toward the end of his life. “I behaved unethically, for ethical reasons.” 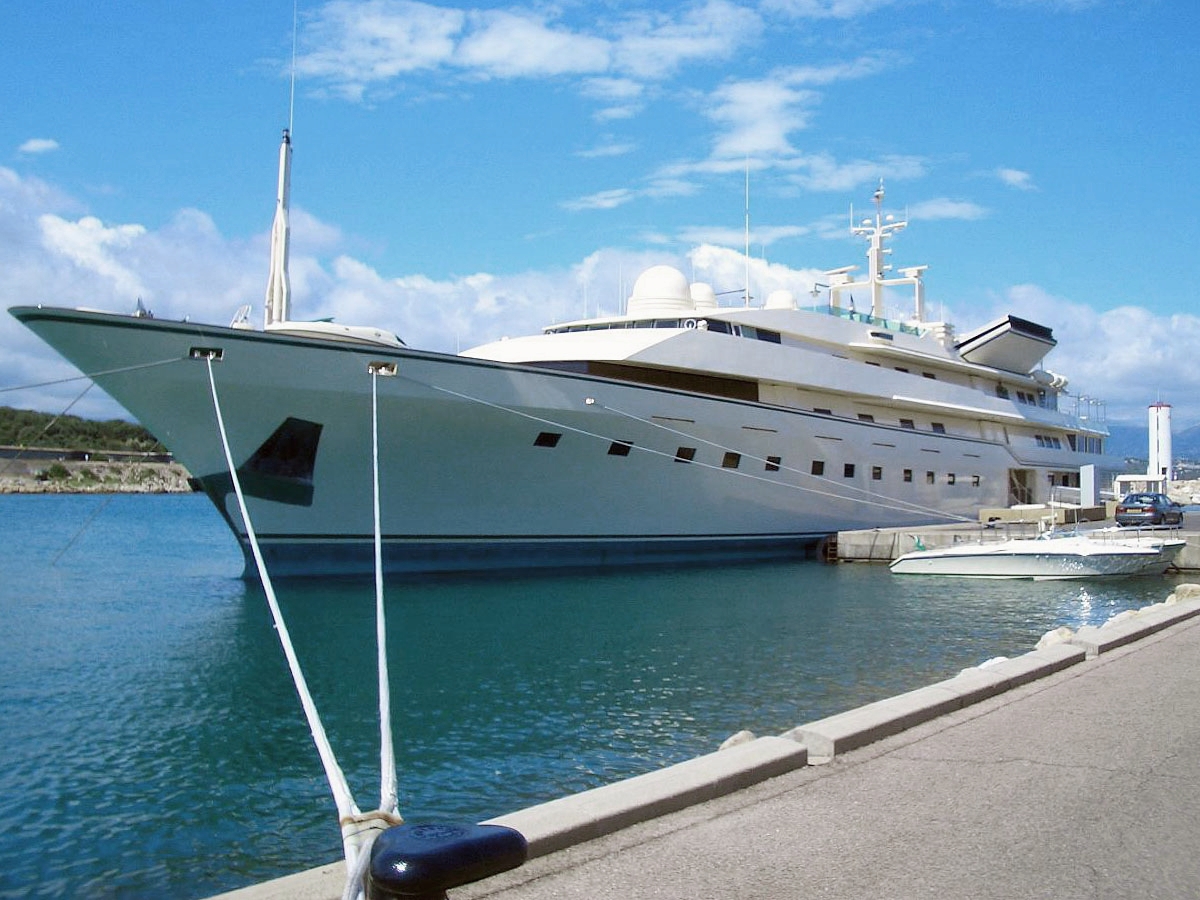