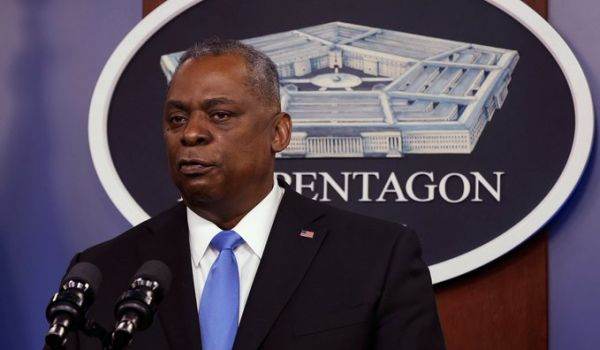 Secretary of Defense Lloyd J. Austin III departs on a trip this weekend to visit Georgia, Ukraine, and Romania and participate in the NATO Defense Ministerial in Belgium.

The Department of Defense steadfastly supports its European Allies and partners in the face of Russia’s destabilizing actions in the critical Black Sea region, and the Secretary looks forward to meeting with his counterparts and other senior officials to reinforce the United States’ commitment to a safe, stable, and prosperous Europe.

In Georgia, Secretary Austin will meet with Prime Minister Irakli Garibashvili and Minister of Defense Juansher Burchuladze to reaffirm U.S. support for Georgia’s sovereignty and territorial integrity and underscore the importance of the U.S.-Georgia strategic partnership in addressing regional and global security challenges. The leaders will also discuss bilateral security cooperation and encourage greater regional cooperation in the Black Sea.

In Ukraine, the Secretary will meet with President Volodymyr Zelenskyy and Minister of Defense Andrii Taran to reaffirm our unwavering support for Ukraine’s sovereignty and territorial integrity. The visit will also serve as an opportunity to discuss Ukraine’s progress with the implementation of defense and defense industry reforms needed to advance its Euro-Atlantic aspirations as well as regional cooperation among Black Sea allies and partners.

In Romania, Secretary Austin will meet President Klaus Iohannis and Minister of National Defense Nicolae-Ionel Ciuca to reaffirm the U.S. commitment to our bilateral strategic partnership and NATO’s Eastern Flank, recognize Romania’s leadership in the Alliance on responsibility-sharing, and exchange views on Black Sea security issues and regional cooperation.  He will also visit rotational U.S. forces at Mihail Kogălniceanu Air Base.

In Belgium, Secretary Austin will participate in his first in-person NATO Defense Ministerial where he will meet with his Allied counterparts and Secretary General Jens Stoltenberg.  Secretary Austin will focus on advancing NATO’s military adaptation and ensuring the Alliance is prepared for the challenges of the future.  He will reinforce the United States’ commitment to NATO and highlight its role as the bedrock of Transatlantic security.

Additionally, Secretary Austin will take the opportunity at various points during the trip to visit with DoD service members to learn about their responsibilities in the region and thank them and their families for their contributions to the DoD mission and defense of the Nation.