As a representative of solidarity and cohesion, NATO’s historical mission of ensuring international security through both military support and dialogue among states was possible due to continuous efforts of adapting to global trends and strong partnerships with other international organizations. Among these, the collaboration with the European Union was placed at the core of NATO’s long term strategies. How will you envision a collaboration between the EU (via PESCO) and NATO in regards to the Eastern Flank? How will the European member states approach its future development?

A strategic area in Europe, the Black Sea and its extended region, plays a major role in global relations, as the playfield of geopolitical forces and battlefield of opposing interests. The security of this space has become increasingly complicated over the past decade, leading NATO to a substantial increase in its presence and activity in the region. New challenges coming from external actors (Russia, Iran, Syria), and from actors within the Trans-Atlantic alliance (Turkey) ask for a reassessment of the potential and vulnerabilities of the Black Sea region, and its impact on European security and defense.

Moderator:  Alina Inayeh, Director of the Bucharest Office of the German Marshall Fund of the US

The upcoming NATO summit will give the members the opportunity to take stock of the renewed threats to the Alliance, as well as to refine its answers to these threats. In the East and in the South a recalibration of responses and pro-active measure is needed, and so is a deeper look at some of the untraditional challenges. In the face of direct and indirect attacks from external actors, and of the coolness of relations between the two shores of the Atlantic, united action, more needed than ever, is increasingly difficult to be achieved.

14:10 – 14:40 Conversation on determining whether a United Western Action Still Possible?

Judy Dempsey, Senior Fellow at Carnegie Europe and Editor-in-Chief of its blog, Strategic Europe
and
Mircea Geoana, President of the Aspen Institute Romania

The current international context places numerous challenges to the unity and coherence of “the West”.  Internal and external strains are acting convergent to weaken the role of the trans-Atlantic community, to diminish its influence and power of attraction and, more practically, to diminish its joint action and outreach. A solution may come from reshaping current institutions and from instrumentalist of ‘the new generation challenges’: cyber-attacks, fake news, allowing their transformation into means of proper action, reinforcing the general state of international security.

James Appathurai was appointed Deputy Assistant Secretary General in December 2010. As DASG, he is responsible for NATO’s political

Alina Bârgăoanu is a Romanian communication scholar, dean of the College of Communication and Public Relations, National University of Political

SPEAKER
SECRETARY OF STATE FOR BILATERAL AND STRATEGIC AFFAIRS WITHIN THE EURO-ATLANTIC AREA, MINISTRY OF FOREIGN AFFAIRS OF ROMANIA

George Ciamba is a career diplomat who has joined the Ministry of Foreign Affairs of Romania in December 1990.

General Ciuca began his military education at the “Tudor Vladimirescu” Military High–school in 1985. He then continued his military studies in Sibiu, Fagaras and Bucharest where he studied at Academy for Advanced Military Studies between 1993 and 1995. Between June 2002 and January 2003, he was the commander of the ROU Battalion participating in the […]

Judy Dempsey is Senior fellow at Carnegie Europe and editor-in-chief of its blog, Strategic Europe. Prior to joining Carnegie in 2012, she was a columnist for the International New York Times after serving as the International Herald Tribune’s Germany Correspondent between 2004-2011. Before moving to Berlin, Dempsey was the diplomatic correspondent for the Financial Times […]

Arnold Dupuy is a Booz Allen Hamilton employee working as an analyst at the U.S. Department of Defense in the Office of the Deputy Assistant Secretary of

Stephen J. Flanagan is a Senior Political Scientist at the RAND Corporation in Washington.  His research interests include U.S. defense strategy, alliance and partnership relations in Europe/Eurasia and East Asia and the Pacific, strategic deterrence, and outer space security.  Flanagan served in several senior positions in the U.S. government over the past four decades including: […]

Sergiy is involved in political studies since 2001 and has the experience of working for the Secretariat of the Parliament of Ukraine, scientific research institutions under the President of Ukraine and under Security and Defense Council of Ukraine. Besides, he was involved in the project implemented by national and international think tanks in Ukraine and […]

Constantin Ionescu (born 1956) graduated from the Faculty of Aeronautics, the University „Politehnica” of Bucharest. He worked as an engineer and researcher at the Aircraft Company in Bacău, the National Institute for Thermic Engines, INCREST and COMOTI SA (1982-1992). Between 1992 and 2000, he was a member of the Chamber of Deputies as secretary of […]

Ambassador Kutelia is the Vice President of the Atlantic Council of Georgia and the Next Generation Leader fellow at the McCain Institute for International Leadership. During his 17 year of public service he served in numerous key positions, including the Deputy Secretary of the National Security Council of Georgia, since January 2011 till November 2013, […]

MODERATOR
SENIOR FELLOW, SECURITY AND DEFENSE, THE GERMAN MARSHALL FUND OF THE US

Bruno Lété currently serves as a senior fellow of security and defense at The German Marshall Fund of the United States in Brussels. He provides analysis and advice on trends in geopolitics and on international security and defense policy. He focuses primarily on the EU Common Security & Defense Policy, NATO, and developments in Central […]

Teodor Meleșcanu was appointed minister for foreign affairs of Romania on January 4th, 2017. This is his third term in office, having previously held this position between 1992 and 1996, and in November 2014. He holds the diplomatic rank of ambassador since 1996. Minister Meleșcanu has extensive political and administrative experience: three times senator in […]

Behlül Özkan received his PhD from Fletcher School of Law and Diplomacy, Tufts University in 2009. He is currently Associate Professor in the Department

Dorin Pena (35) has been serving as the General Manager of Cisco Romania for the last 5 years, responsible for the overall business of Cisco in Romania. Dorin has been with Cisco for more than 9 years, during which time he has been responsible for the Service Provider segment, and fulfilled different sales roles in […]

Radu Tudor is the host of daily political show “Punctul de intalnire” at Antena 3 TV, the CNN partner in Romania.

Since 2000, Radu Tudor is Jane’s Defence Weekly correspondent in Romania.

You can also find his comments and analysis on www.radu-tudor.ro. 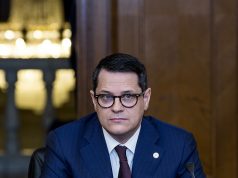 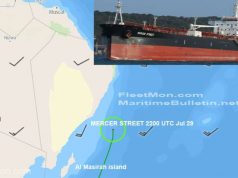 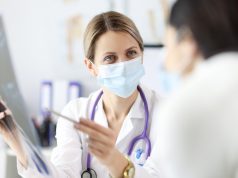