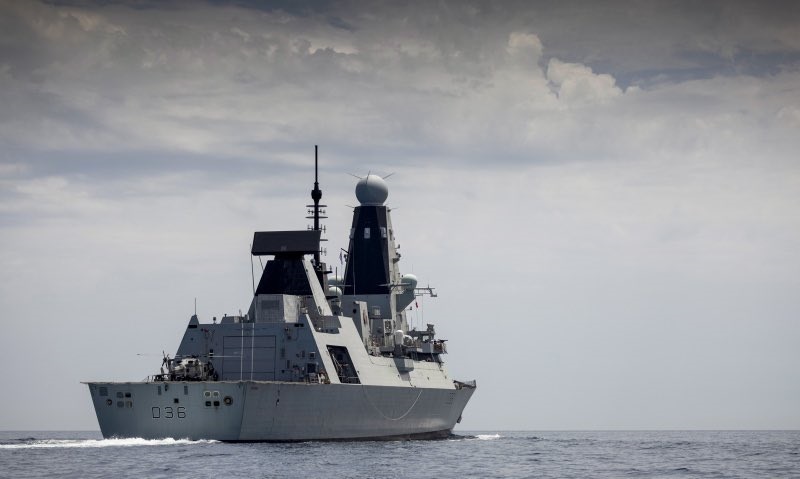 Today we came alongside in Odesa, Ukraine, with

@HNLMS_Evertsen. Looking forward to exploring this historic naval city and strengthening our relationship with the Navy of the Armed Forces of Ukraine
@UKinUkraine
@NATO

The HMS Defender “did not respond to a warning” about the use of weapons in response to its movements, the Defense Ministry was quoted as saying.

The British destroyer left minutes after the shots were fired, it said.

RIA Novosti reported that the Russian Defense Ministry summoned Britain’s military attache following the incident, which hasn’t yet been confirmed by London.

The Royal Navy said earlier in June that HMS Defender “peeled away” from the U.K.’s carrier strike group in the Mediterranean “to carry out her own set of missions in the Black Sea.”

The U.S. Naval Institute’s news website had reported Monday that HMS Defender’s and another NATO warship’s open-source intelligence data was faked to make it appear as if they sailed directly to the headquarters of Russia’s Black Sea Fleet.

“Positioning two NATO warships at the entrance of a major Russian naval base would be widely seen as a provocative action, based on conflicting claims of sovereignty,” USNI News wrote.

Most countries still recognize Crimea as part of Ukraine.

“[Russia has] conducted some very aggressive naval and aerial intercepts, but this would be new. And certainly a much bigger deal than normal aggressive intercepts. I’m wary of saying unprecedented, but I can’t remember this happening as long as I have been following this,” Lee said.

“HMS Defender’s mission to the Black Sea was a political one — about projecting presence, supporting Kiev and reminding Moscow that its annexation was not forgotten or accepted,” tweeted Mark Galeotti, a senior associate fellow at the Royal United Services Institute and expert on Russian security affairs.

“Moscow likewise reacted politically (in its own way), first spoofing GPS signals to try and present Defender and a Dutch frigate as aggressively heading straight for the Russian Black Sea Fleet base at Sevastopol… and now claiming — as they have in the past — to have ‘driven’ the Royal Navy away by aggressive operations,” he added.

Ministry of Defence Press Office
@DefenceHQPress
No warning shots have been fired at HMS Defender. The Royal Navy ship is conducting innocent passage through Ukrainian territorial waters in accordance with international law.