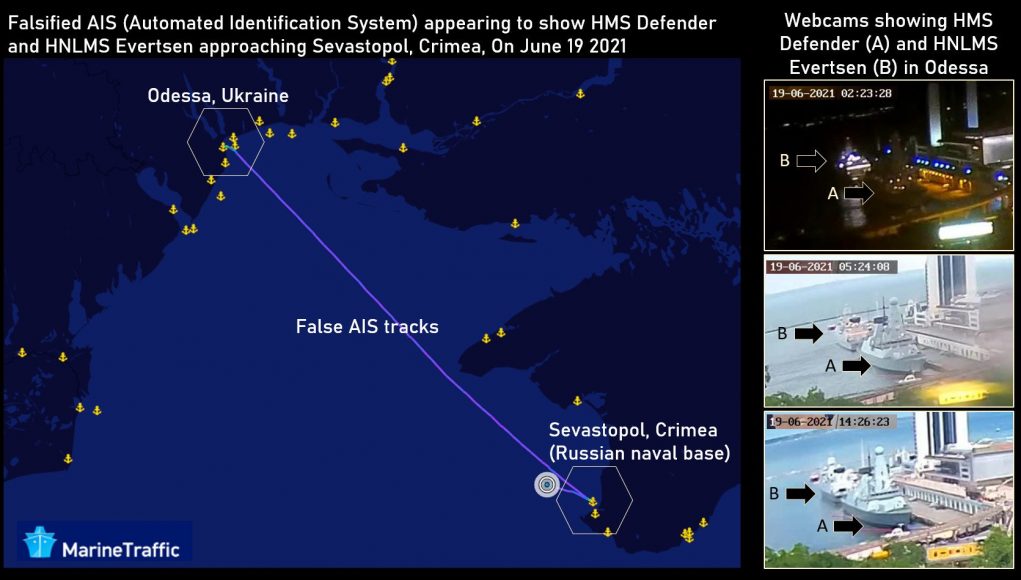 The tracking data of two NATO warships was faked off the coast of a Russian controlled naval base in the Black Sea while the actual ships were moored 180 miles away, USNI News has learned.

The U.K. Royal Navy’s HMS Defender, a Type-45 Daring-class destroyer, and the Royal Netherlands Navy’s HNLMS Evertsen, a De Zeven Provinciën-class frigate, pulled into Odessa in Ukraine on June 18. The group had been monitored by Russian warships while exercising in the Black Sea, according to U.S. Navy photos dated on June 17.

According to an automatic identification system (AIS) signal, which transmits position details to improve maritime safety, the pair left Odessa just before midnight on June 18. The data shows that they sailed directly to Sevastopol, approaching to within two nautical miles of the harbor entrance. The strategic port houses the headquarters of Russia’s Black Sea fleet.

Positioning two NATO warships at the entrance at the entrance of a major Russian naval base would be widely seen as a provocative action, based on conflicting claims of sovereignty . Most of the international community, including the U.S, Britain and the Netherlands, do not recognize Crimea as part of Russia. 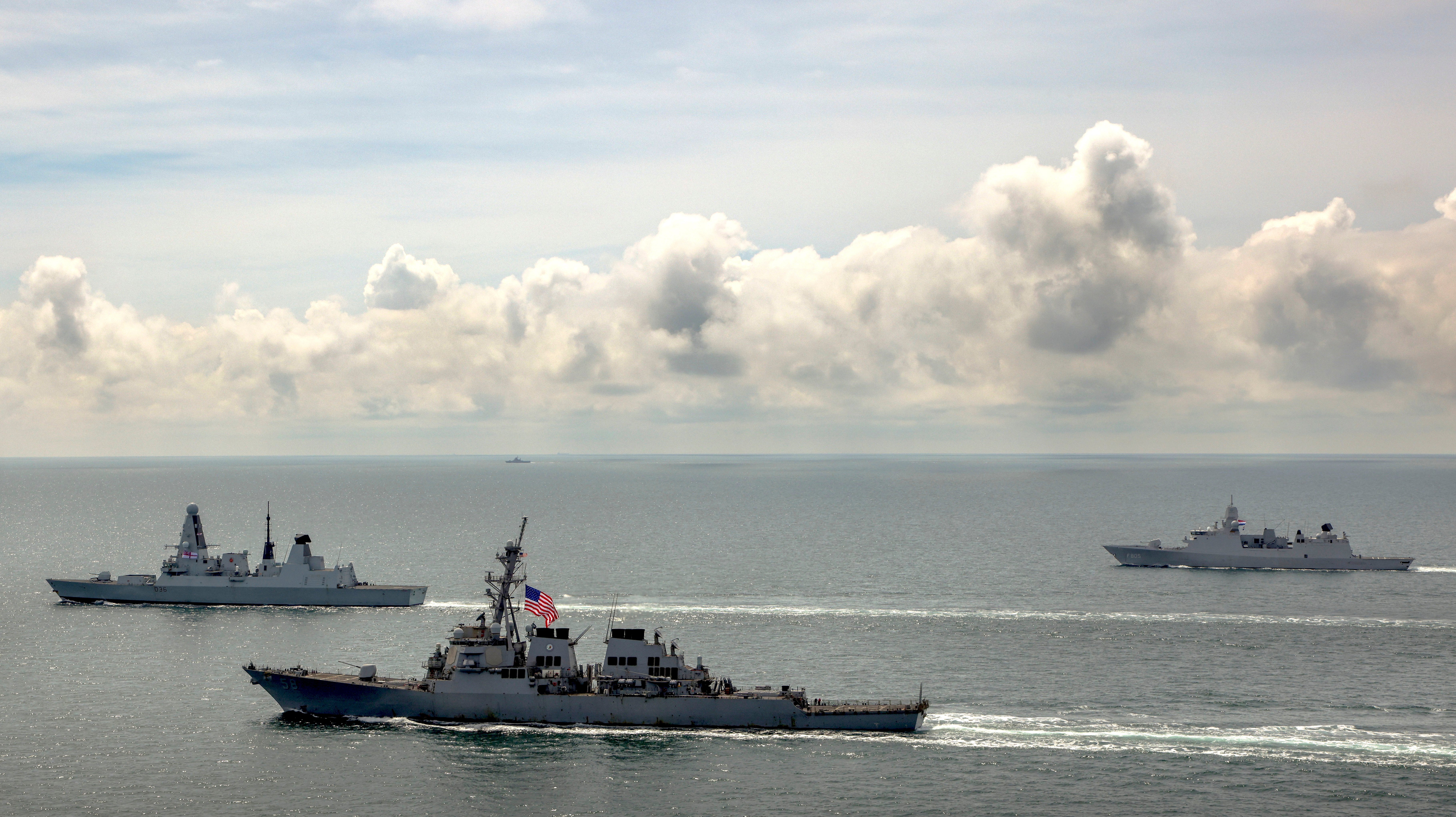 While the motives for the deception are unclear, the move raises questions about the efficacy of open-source intelligence data, such as AIS, which is becoming more common in both defense and by journalists. There is compelling evidence that the AIS tracks were faked. NATO representatives did not immediately respond to requests for comment and the tracks were confirmed as false by Dutch naval warfare news site Marineschepen.nl.

The AIS positions were shared with AIS aggregator MarineTraffic.com by a receiver station in Chornomorsk, close to Odessa. Other AIS aggregators also reported the false positions. HMS Defender was shown under the credentials that she is currently using, IMO 4907878. HNLMS Evertsen was reported as “Netherlands Warship,” MMSI 244942000. It is unclear how the false AIS data was introduced to the feed.

Both Defender and Evertsen are part of CSG21, the carrier strike group centered around HMS Queen Elizabeth (R08). The main body of CSG21 has remained in the Mediterranean, while the two warships temporarily deployed to the Black Sea, where they have been performing freedom of navigation missions and exercising with allies. They have visited Turkey and Ukraine and will also exercise with Romania and Georgia. They have also met with the U.S. Navy’s Arleigh Burke-class destroyer USS Laboon (DDG-58).