President-elect Donald Trump does not have the traditional cadre of Washington insiders and donors to build out his Cabinet, but his transition team has spent the past several months quietly building a short list of industry titans and conservative activists who could comprise one of the more eclectic and controversial presidential cabinets in modern history.

Trumpworld has started with a mandate to hire from the private sector whenever possible. That’s why the Trump campaign is seriously considering Forrest Lucas, the 74-year-old co-founder of oil products company Lucas Oil, as a top contender for Interior secretary, or donor and Goldman Sachs veteran Steven Mnuchin as Treasury secretary.

He’s also expected to reward the band of surrogates who stood by him during the bruising presidential campaign including Newt Gingrich, Rudy Giuliani and Chris Christie, all of whom are being considered for top posts. A handful of Republican politicians may also make the cut including Sen. Bob Corker for secretary of State or Sen. Jeff Sessions for secretary of Defense.

Trump’s divisive campaign may make it difficult for him to attract top talent, especially since so many politicians and wonks openly derided the president-elect over the past year. And Trump campaign officials have worried privately that they will have difficulty finding high-profile women to serve in his Cabinet, according to a person familiar with the campaign’s internal discussions, given Trump’s past comments about women.

So far, the Trump campaign and transition teams have been tight-lipped about their picks. (The Trump campaign has declined to confirm Cabinet speculation.) But here’s the buzz from POLITICO’s conversations with policy experts, lobbyists, academics, congressional staffers and people close to Trump.

Former House Speaker Newt Gingrich, a leading Trump supporter, is a candidate for the job, as is Republican Sen. Bob Corker (Tenn.), the current chairman of the Senate Foreign Relations Committee. Corker has said he’d “strongly consider” serving as secretary of State.

Donald Trump himself has indicated that he wants to give the Treasury secretary job to his finance chairman, Steven Mnuchin, a 17-year-veteran of Goldman Sachs who now works as the chairman and chief executive of the private investment firm, Dune Capital Management. Mnuchin has also worked for OneWest Bank, which was later sold to CIT Group in 2015.

Among the Republican defense officials who could join the Trump administration: Sen. Jeff Sessions (R-Ala.), a close adviser, has been discussed as a potential Defense Secretary. Former National Security Adviser Stephen Hadley and former Sen. Jim Talent (R-Mo.) have also been mentioned as potential candidates.

Top Trump confidante retired Lt. Gen. Mike Flynn, the former director of the Defense Intelligence Agency, would need a waiver from Congress to become defense secretary, as the law requires retired military officers to wait seven years before becoming the civilian leader of the Pentagon. But Trump’s chief military adviser is likely to wind up some senior administration post, potentially national security adviser. And other early endorsers like Rep. Duncan Hunter (R-Calif.) could be in line for top posts as well.

People close to Trump say former New York City Mayor Rudy Giuliani, one of Trump’s leading public defenders, is the leading candidate for attorney general. New Jersey Gov. Chris Christie, another vocal Trump supporter and the head of the president-elect’s transition team, is also a contender for the job — though any role in the Cabinet for Christie could be threatened by the Bridgegate scandal.

Another possibility: Florida Attorney General Pam Bondi, though the controversyover Trump’s donation to Bondi could undercut her nomination.

Forrest Lucas, the 74-year-old co-founder of oil products company Lucas Oil, is seen as a top contender for Interior Secretary.

Meanwhile, a person who spoke to the Trump campaign told POLITICO that the aides have also discussed tapping Sarah Palin for Interior Secretary. Trump has said he’d like to put Palin in his Cabinet, and Palin has made no secret of her interest.

There are several names being considered by Trump aides for Agriculture secretary, according to multiple sources familiar with the transition. The president elect has a deep bench to pull from with nearly 70 leaders on agricultural advisory committee.

The most controversial name on the transition’s current short list is Sid Miller, the current secretary of agriculture in Texas, who caused a firestorm just days ago after his campaign’s Twitter account referred to Clinton as a ‘c—.‘ Miller said it was a staffer mistake and apologized.

Bruce Rastetter, a major Republican donor in Iowa, and Kip Tom, a farmer who ran for Congress in Indiana this year but was defeated in the primary, are also among those being considered, Arabella said.

Other top Republican insiders expect that Chuck Connor, president and CEO of the National Council of Farmer Cooperatives, Don Villwock, president of the Indiana Farm Bureau and Ted McKinney, the current director of the Indiana Department of Agriculture in the Pence Administration, are also likely to be in the running for the post.

Trump is expected to look to the business community for this job.

Billionaire investor Wilbur Ross, a Trump economic adviser, could fit the bill. Dan DiMicco, the former CEO of steelmaker Nucor Corp and a Trump trade adviser, is another possibility.

Like many Cabinet posts under Trump, the campaign and transition staff have been looking for a CEO or executive to lead the Labor Department. One possible name being bandied about is Victoria Lipnic, the Commissioner of the Equal Employment Opportunity Commission since 2010 who also served as an an assistant secretary of Labor for employment standards from 2002 until 2009. The Romney transition team reportedly also considered her for a top Labor post back in 2012.

At a recent anti-Obamacare rally, Trump went out of his way to praise Carson by calling him a “brilliant” physician. “I hope that he will be very much involved in my administration in the coming years,” Trump said.

One longer shot would be Rich Bagger, the executive director of the Trump transition team and former pharmaceutical executive who led, behind-closed-doors, many of the meetings this fall with health care industry donors and executives.

Continental Resources CEO Harold Hamm has long been seen as a leading candidate for Energy Secretary. Hamm, an Oklahoma billionaire who has been a friend of Trump’s for years, has been the leading influence on Trump’s energy policy during the campaign.

If Hamm passes, venture capitalist Robert Grady is also seen as a top candidate, though he could also be in line for Interior.

Trump has made clear the Education Department would play a reduced role in his administration — if it exists at all, as he’s suggested he may try to do away with it altogether.

The GOP nominee has also offered a few hints about who he would pick to lead the department while it’s still around. Among those who may be on the shortlist is Ben Carson, the retired neurosurgeon who ran against Trump in the primary but later endorsed the Republican presidential candidate. Education Insider, a monthly survey of Congressional staff, federal officials and other “insiders,” said in May that Carson was Trump’s most-likely pick.

Another possible education secretary under Trump is William Evers, a research fellow at the Hoover Institution who was worked on education matters for the Trump transition team. Evers worked at the Education Department during the Bush administration and served as a senior adviser to then-Education Secretary Margaret Spellings.

The name most commonly mentioned for Veterans Affairs Secretary is House Veterans’ Affairs Chairman Jeff Miller, who’s retiring from the House and was an early Trump backer.

One person close to Trump’s campaign said David Clarke, the conservative Sheriff of Milwaukee County, Wis., is a possible candidate for Homeland Security Secretary. Clarke has cultivated a devoted following on the right, and he spoke at the Republican National Convention in Ohio, declaring, “Blue lives matter.” Christie is also seen as a possible DHS secretary.

While Trump has called for eliminating the EPA, he has more recently modified that positions, saying in September that he’ll “refocus the EPA on its core mission of ensuring clean air, and clean, safe drinking water for all Americans.”

Myron Ebell, a climate skeptic who is running the EPA working group on Trump’s transition team, is seen as a top candidate to lead the agency. Ebell, an official at the Competitive Enterprise Institute, has come under fire from environmental groups for his stances on global warming. Venture capitalist Robert Grady is also a contender. 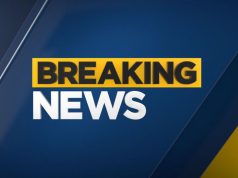 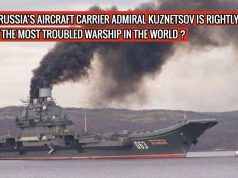 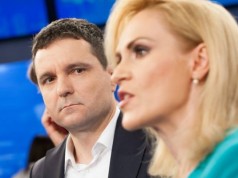