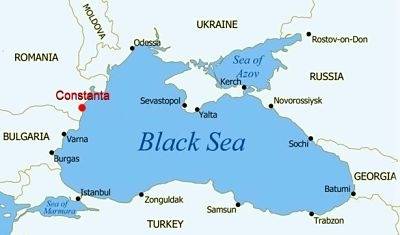 Seven decades ago, on this day, in this city, our Alliance was founded.

Those nations promised to stand together, and to defend each other.  That pledge has given us seventy years of peace, prosperity and security.

By fielding multiple battalions of SSC-8 missiles, Russia has made the world a more dangerous place.

The United States and other Allies have tried to engage with Russia about this missile system for several years.

We all agree that Russia continues to be in violation of the treaty.

And today, we all once again call on Russia to return to full and verifiable compliance with the INF Treaty.

But time is running out.  So NATO is preparing for a world without the INF Treaty.

Today, we discussed the way forward.  And what potential measures we can take, should Russia not return into compliance.

We will not mirror what Russia is doing. We will be measured and coordinated. And we have no intention of deploying ground-launched nuclear missiles in Europe.

At the same time, NATO will continue to maintain credible and effective deterrence and defence.

And all Allies are strongly committed to arms control and non-proliferation.

Russia’s ongoing violation of the INF Treaty is a pattern of destabilising behaviour.

Russia used force to illegally annex Crimea from Ukraine.  And continues its military build-up across the region.

We call on Russia to release the Ukrainian sailors and ships it seized last year near the Sea of Azov.

And we discussed what more we can do to enhance our security in the Black Sea region.

We agreed a package of measures to improve our situational awareness. And to step up our support for both Georgia and Ukraine.  In areas such as the training of maritime forces and coast guards. Port visits and exercises. And sharing information.

This will build on our already close cooperation.

Right now, one of NATO’s naval groups is on patrol in the Black Sea.  And today, it is exercising with Ukrainian and Georgian ships.

So we will maintain our focus, and our presence in this vital region.