Home Opinion FROM RUSSIA, WITH COLD 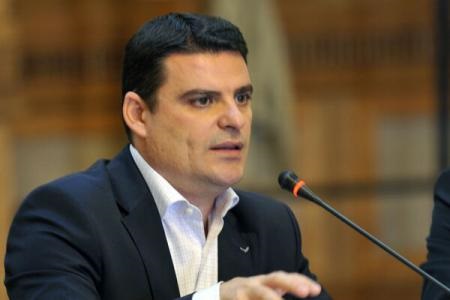 Judging from the way the Syrian crisis unfolds, and against the background of hundred of immigrants arriving in Europe, I have to admit worrisomely that Russia succeeded in her game.  The plan Moscow drafted stemmed out from the rational actors in the Russian administration which rang the bell on the impact of the economic sanctions imposed by the Euro-atlantic community after the annexation of Crimea: Russia’s economy is falling down.

The costs of invading Ukraine, annexing Crimea and killing 300 innocent people from a commercial airplaned proved to be a stiff one: rampant depreciation of the rubla, economic growth reaching 0, decreased budgetary allowance for the military-industrial complex (otherwise revitalized in the last years in order to be able to run for the status of big power, position which Russia lost 25 years ago). Adding the decrease of the oil price to this picture, Russia was confronted with an unprecedented situation: the doors of the West were closing, the danger of an economic collapse and the perspective of stopping its military strengthening were clear and closer day by day. A horror scenario for Putin, which solemnly promised its citizen he will bring back the glory of the USSR.

Because his background is one of a KGB officer, and this is what he will remain his all life, the solution must come from the laboratories of the secret services Felix Djerdjinsky founded. The flow of hundreds of thousands of immigrants pouring into Europe gave the EU such a headache that the fear of having another one of two million Muslims in a largely Christian continent generated a crisis. This crisis was big and badly managed by an out of shape European Commission and a Germany which behaved in a hesitant, not to say questioning, manner. The statement of chancellor Merkel that Germany was able to receive a million refugees – and not being able to be up to his self assumed job – droved mad some European states transited by the refugees. These people passed through Greece, the Republic of Macedonia, Serbia, Hungary, desperately hoping to reach the welcoming Germany. Which proved tolerant in the popular reaction, but inconceivably foggy in terms of political and administrative action. The promise Germany broke generated mandatory quotas for the EU member states. It also brought negative response in many countries, with direct political effects on the governments.

For Russia, this European crisis very clumsy managed was an opportunity. Desperate voices stressed, and they were right, the need for an intervention in Syria in order to create the foundation of the return of the refugees in a pacified country. The four million refugees, plus the Lybians, Yemenys, Iraqis, Afghans and others were hunting like ghosts the dream of prosperity and tranquility of the EU leaders. And since Syria cannot be pacified without Russia, because Bashar al Assad is Moscow’s man as was his father from whom he inherited the leadership position, here we have the proposals: let’s invite Putin in the West, talk to him, think about reducing or even dropping the economic sanctions. So said, so done. Scared and inefficient Western leaders were stepping on the red footsteps the Kremlin garrison left on the ground. The issue of the terrorist threat of ISIL was the perfect excuse: let’s collaborate against terrorism, let’s liberate Syria of the beheaders. And afterwards we will see what we will do about Bashar al Assad, the dictator which killed many people than ISIL did. The Moscow man has 400.000 deaths on his conscience.

In this in pot which fear, profound political turbulence and powerful emotions melt, the worrying perspective of the invasion of millions of immigrants, US and Europe gave in. Let Putin speak, let’s talk to him. Crimes are forgotten, invasion of Ukraine is put aside, images with people killed in the crash of Malaysian Airlines are turned against the walls. In the same of a stability pretty difficult to get in the near future in Syria and elsewhere in the Middle East, I have seen Vladimir Putin smiling. He did so in Washington with Barack Obama, in Paris with Francois Hollande and Angela Merkel. It was all the old KGB officer needed. He pushed more like an experienced Eastern bluffer: airstrikes against the Syrians opposing to Assad (even fired from the Caspian Sea, 1500 km away), thousands of troops sent in Syria, all this in order to have Russia’s message heard loud and clear. It is a message of a big power, able to have in the coming days other targets. If other crises will generate the same weak reaction from the EU and US side.

The strange game Merkel’s Germany did decisively contributed to this rebranding of Putin as a leader the West can do business with. Obama helped to strengthen this mistake, as he did with the Arab spring. Germany brought back the blamable Russia at the table out of ignorance or out of complicity? Difficult to say this with precision now. But it is sure that the economic downfall of Russia under the Western sanctions meant the lost of a huge market for the German industry, a branch selling in Russia merchandise of some tens of billions in Putin’s homeland. This would have been a way too powerful strike after Germany managed to pass through the Caudian Forks of the economic crisis. German companies pressured the politicians to do something. Moscow met their interest with the plan. Great minds think alike.

Following this immense crisis of the refugees, of Russia’s come back as an important actor, of recognizing the fact that Syria cannot be settled without those which controlled it in the las 50 years, we have the following conclusions:
·    Russia leaves the embarrassing position after the annexation of Crimea, becomes de nouveau a political and military actor, a partner for words and deeds
·    The Ukraine crisis, judged by the Europeans “most serious situation after the end of the Cold war” falls to a secondary tier
·    Yesterday humiliated and ashamed, Russia comes back with troops, planes and heavy weaponry in the Middle East, in a round of applause of the Syrian and Iranian regimes. Anyone can figure the long term consequences.
·    From the position of the smallest doll in the matrioska system – Stalin being the biggest – Putin reappears as essential for peace
·    The same Putin says, riotous, as nobody did since the end of the Cold War,  in a CBS interview, that the territory of the former USSR is a territory of Russia’s influence and control. The lost of the Baltic States was the sharp pain which led to the violent reaction in Georgia, Ukraine and the Republic of Moldova. Former USSR states do not have the liberty to chose their own path, they are condemned to remain into the Russian sphere of influence, under the permanent threat of a military intervention
·    With the simultaneous participation of the two open military conflicts – Urkaine and Syria – whti the launching of missiles from the Caspian Sea right into the Middle East, Russia becomes again USSR, as it was during the Cold War.
·    Did I say Cold War? Well, on the 25th anniversary of its end, the Cold War is alive again. We all must be aware of this.